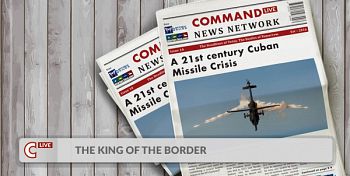 Description: Scream over the runways of super-hardened Iraqi airbases as your squadron sprinkles bomblets on the pavement or blows up aircraft shelters using laser-guided bombs. Turn back the Russian tide in the Ukraine. Ride the Mediterranean waves in fast Israeli attack craft, trading barrages of anti-ship missiles with Syrian ships. Stand toe-to-toe against Iran in the Persian Gulf. Wrestle the Falklands under your control. Go “Down Town” around Hanoi and spar with the deadly NV air defences. Hunt down rogue nukes in Pakistan before they fall into terrorist hands. Face off with your carrier group against India or China – from either side. Square off against the Soviet Union in the cold war confrontation, and against resurgent Russia in the new multipolar world order. Lead nuclear-powered sharks of steel against the masters of antisubmarine ops. Exchange volleys of fire in close-quarters gun duels, or obliterate the enemy with sophisticated, heavy-hitting hypersonic missiles from hundreds or thousands of miles away. Survive massive, vicious air battles. Escort vital convoys to their destination, or make a last stand against all odds. When things escalate out of control, step up to unconventional or even nuclear weapons. Play the most dangerous game of hide and seek – at sea, on land and in the air – even in near-space. Command is the next generation of air/naval wargaming.