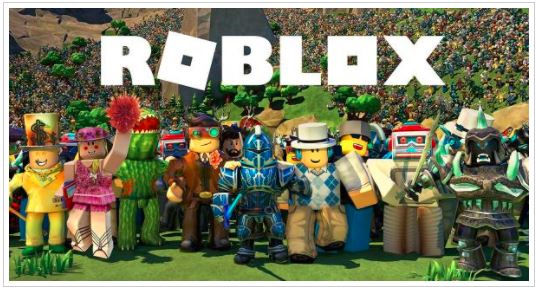 Roblox has been around for a long time, and it’s clearly not going anywhere. After releasing in 2006, the game grew and grew until 2020. But instead of that trend reversing, as most games over a decade would experience, Roblox absolutely exploded during 2020 adding 50 million monthly active users and 5 million active creators.

Outside of the world of Roblox itself, back in March of 2021 Roblox listed itself on the stock market through a direct listing, trading under the perfectly legible ticker RBLX. This bolstered the company’s value by almost US$20 billion, having them then valued at US$45 billion. Which placed them higher than gaming giants like EA, Ubisoft, Take Two and Square-Enix combined.

Thus, no matter how we look at it, it’s clear that Roblox is far from going anywhere. But therein lies the question, where is it going? Let’s take a look at the

Roblox Up to Now

Roblox is a complex game. It is a game where millions of people great their own games, share them, and play them online with others. Not only that, but Roblox has a whole economy built around its virtual currency, Roblox Robux.

While the game is incredibly popular with children, it has also become a hotspot for game-savvy investors since the game’s listing on the stock exchange (RBLX) earlier this year.

Since its listing, RBLX saw a few months of stagnation before jumping around 40% to its all-time high of US$103.87 in early June. Since then, it has been cooling off just below that mark.

The question on the lips of those interested in RBLX, as with any traders, is whether they should cash in on the shares? While we cannot offer any financial advice here, we can reiterate predictions made by others for your research.

Over at TipRanks, their analysis places RBLX as a “strong buy”, with average price targets being 6.96% above the current price in early July.

CNN Business also lists a general uptrend in the median price listings, although of a lower number of 4.5%.

Of course, the decision for investing in stocks is a personal decision which should not be taken lightly. Moreover, it’s important to do research beyond price predictions.

That is why it’s valuable to look at the future of Roblox, to see whether they are going to continue to evolve as a business, keeping current customers while also attracting new ones.

Founder and CEO of Roblox, David Baszucki, has said that “some people refer to what we’re building as the Metaverse”. Judging by the boom in the company’s valuation after listing RBLX on the stock exchange, it’s clear that he’s not the only one who believes in the future of the company.

While their ambition to build a multiverse may seem akin to what many big tech companies are striving for these days, it’s worth noting that Baszucki and partner Erik Cassel launched the game with the same vision way back in 2006.

Today, there are over 20 million playable experiences in the Roblox metaverse, showing that their vision is slowly but surely becoming a reality.

But beyond the gameplay itself, Roblox has secured much of its identity from its avatar system. As you pass between these 20 million experiences, you remain as one coherent avatar, encouraging you to make that avatar truly your own. This led to the huge fashion systems and economy which exist within the game.

Many of these items can be purchased with Robux, the game’s virtual currency, which pumps a hefty amount of real-world fiat into the developers pockets. But beyond profit for the developers, Roblox has also seen officially licenced versions of real-world brands appear within its space, including items from Gucci, Nike and the NFL. During the recent Gucci Garden event a virtual bag even sold for approximately $4110. All of this leads to Matthew Ball, an investor and writer, believes to be the “most robust and multi-faceted economy” in gaming.

But the future of Roblox is far from just a dress-up contest.

The metaverse of Roblox has also been moulding with the times to incorporate real-world events. Interactive sponsored events have supported the releases of Ready Player One, Spider-Man: Homecoming and Star Wars: Rise of Skywalker. Moreover, popstar Lil Nas X held a virtual gig in Roblox garnering nearly 37 million visits.

All of these examples, and more, Baszucki’s idea that Roblox is becoming a true metaverse, interlocking elements of game and reality to a point where players can no longer separate the two.

But Baszucki has ambitions to take this far further stating that “while shared experiences in the Metaverse today are about doing fun things together, in the future they will be about literally anything people can do together in real life: learn together, play together, or work together.”

All of this and more suggests that Roblox has great potential from growth. And while Roblox retains over 43 million daily active users, peaking at a whopping 202 million monthly users in August 2006, it’s clear that it has the capacity to continue pushing into a new metaverse.

That said, to analyse the Roblox ecosystem in isolation would be missing a large portion of the debate. Other “metaverses” from Fortnite to Rec Room to Facebook’s yet to be released Horizon certainly do exist and have a very real potential to eclipse Roblox which still aims its appeal strongly towards a younger audience.

In sum, it’s clear that Roblox has big plans for the future. It is unclear whether that future will be incorporating new brands, striking new real-world collaborations or building a more comprehensive metaverse where people learn, play and work—or none of these things. However, as the company has stood the test of time it is fair to say by the time Roblox is two decades old it may be an absolute beast.